5 Teenage Addictions That Are Often Underestimated - Until It's Too Late

June 2019 - Teenagers go through phases. Sometimes they're moody. Sometimes, they're studious. They'll often pick up and abandon hobbies at the drop of a hat. This is a normal self exploratory process that's crucial for well rounded development and a successful adulthood. It only becomes problematic when one of these hobbies or habits becomes too consuming.

Are your teenagers favorite pastimes verging on becoming addictions? Learn to recognize the signs and plan to step in if things seem to be getting out of hand.

Good luck finding a teenager who dutifully eats his or her vegetables. They're an anomaly. Teenagers have a tendency to spend their limited independence and pocket money eating junk food and unhealthy snacks with their friends. This is completely normal and not always cause for concern, especially since many teenagers are active.

However, if your teenager is not active and won't maintain a healthy, well-rounded diet, you'll need to start watching what you put on the dinner table. Unfortunately, in our junk food culture many parents underestimate the health consequences of a poor diet in their children until said children face obesity, diabetes, coronary heart disease, and more. Bad eating habits that start early in life can lead to health problems that your teenager will have a difficult time amending in adulthood. Thoroughly explain the adverse effects of a poor diet. 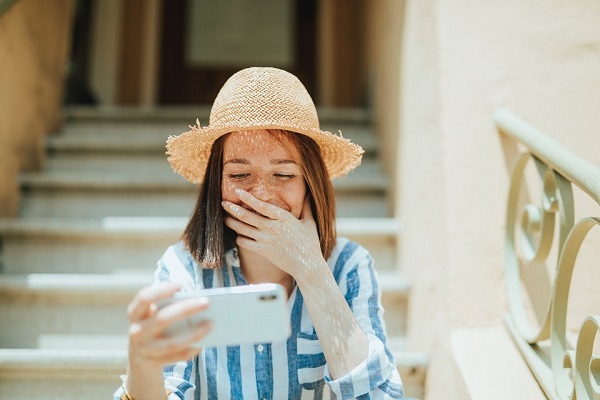 Social media portrays unrealistic ideals. People rarely post photos of themselves when they're sick or in their sweatpants. Teenagers who spend most of their time on social media, either looking at the image projected by others or attempting to project an ideal image of themselves, may wind up with confidence problems.

Combining artificially inflated lives with the potential for cyberbullying of those who don't fit an unrealistic image is a potentially catastrophic combination. Remind your teenager that people only post what they want others to see, and that unplugging and living in the real world is the only way to make a fair assessment of life.

It's no secret that teenagers have a tendency to experiment with alcohol. Many teenagers have a desire to feel like adults and cannot conceptualize just how significant the difference between the legal drinking age and the age of a high school student is.

Teenagers often dabble with relatively mild drugs, such as marijuana. Even though marijuana doesn't seem so severe in the grand scheme of things, it's important to utilize any opportunity you can to open up a running dialogue about drug use. If left unchecked, even occasional mild drug use may lead to an exploratory process that leads to full blown drug addiction. Teenagers are still developing, and they don't always have the foresight to know that making a risky decision one time can set them on an undesirable course for the rest of their lives. Be honest with your children about the impact drugs can have. Teach your teenagers from a young age to invest in themselves, and they'll be better suited to make wise decisions in their futures.

Video games changed the way that kids spend their leisure time. They're no longer going out to climb trees or ride their bikes. It's more fun, comfortable, and convenient to sit inside and interact with a screen. There's nothing inherently wrong with gaming - it's fun, and it even comes with numerous benefits. Video games only become a problem when they're your teenager's sole activity. If he or she is slipping in school, losing sleep, or declining in health due to video games becoming a primary life priority, it's time to unplug. You might be able to introduce your teenager to a healthier, more active hobby.

Addictions come in many shapes and sizes. If you notice any obsessive or unhealthy fixations creeping their way into your teenager's life, sit down and talk about it. Many teenagers dread speaking with their parents, but a casual approach with a healthy dose of understanding might help bridge important gaps. If you do not react quickly enough you might soon find yourself helping your teenage son or daughter as they are trying to bounce back to the real world after an addiction. It is much better to tackle the problem early, before what seems like an innocent hobby or past time activity turns into a life obsession.

Ariana Williams is a pedagogy graduate and a blogger who enjoys writing about all things connected to raising and teaching children. She is often found online, sharing her tips and strategies with other teachers and parents alike. Feel free to say 'hello' to her: @AriWilliamsAri

by Michael Eysenck
Aimed at those new to the subject, Fundamentals of Psychology is a clear and reader-friendly textbook that will help students explore and understand the essentials of psychology.
More information and prices from:
Amazon.com - US dollars
Amazon.ca - Canadian dollars
Amazon.co.uk - British pounds
Amazon.de - Euros
Amazon.fr - Euros

by Richard Gross
All the major domains of Psychology are covered in detail across 50 manageable chapters that will help you get to grips with anything from the nervous system to memory, from attachment to personality, and everything in-between.
More information and prices from:
Amazon.com - US dollars
Amazon.ca - Canadian dollars
Amazon.co.uk - British pounds
Amazon.de - Euros
Amazon.fr - Euros

PsyArticles.com makes minimal use of cookies, including some placed to facilitate features such as Google Search. By continuing to use the site you are agreeing to the use of cookies.
Learn more here