These Habits Are Unhealthy, and You Might Not Know It 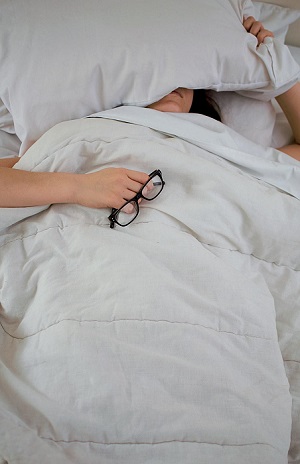 August 7 2020 - There are things you do all the time that seem harmless but could hurt you. Since most of them don't have a direct or immediate impact on your health, you couldn't care less. Worse, you might even think that you're doing the right thing when it's the other way round. You have to halt doing these things if you want to live healthily.

Using your phone close to bedtime

You think its okay to use your phone when youre about to sleep to check some messages and watch a few videos. You already got used to this habit, and you seem to be doing okay. The truth is that if you use your phone close to bedtime, the blue light emitted by the phone tells you that it's early. Your brain gets tricked into believing that it's not yet time to sleep.

Another problem is that your phone emits radiation. You should only use your phone for a few hours a day. You probably reach that limit before the day is over. Using your phone during bedtime is already beyond what's healthy. Therefore, you should avoid using your phone if you have to go to sleep. Consider investing in EMF protection too. You need it to fight the harmful effects of radiation on your body.

Eating foods that are "low-fat" or "sugar-free'

Be careful when eating foods and beverages that claim being low in fat or free from sugar. Although its true, the problem is with the other content. To replace the sweetness of sugar, the beverage might have something else. It could have a terrible effect on your health. Fat-free dishes aren't necessarily free from fat. Even if they are, you might suffer from other ingredients used to replace the lost content. Some companies aren't too transparent, and they receive government approval anyway. Its on the consumer to take precautions.

This trend received a massive following because people thought it was effective in weight loss. Although it could be, it doesn't mean it's healthy. Your body needs food, and taking beverages only could hurt your digestive system. It leads to stomach issues such as ulcers and gastritis. It could also adversely impact the liver. If you want to lose weight, you have to talk to your physician. Not all bodies are the same, and the techniques that worked on one person won't necessarily have the same effect on you. Never follow diet fads just because they're seemingly effective. Talk to your nutritionist to have a healthy and balanced diet plan.

Being successful in doing several tasks at once isn't something to be proud of. Sure, it shows your ability to manage your time well, but you're hurting your body. Multitasking isn't what our body should be doing. It confuses your brain and could lead to cognitive issues. It also stresses you out. It would help if you learned to take one task at a time and see it through. It also reduces the chances of getting things wrong.

Change your habits now and eliminate the things you think are bad for you.

by Michael Eysenck
Aimed at those new to the subject, Fundamentals of Psychology is a clear and reader-friendly textbook that will help students explore and understand the essentials of psychology.
More information and prices from:
Amazon.com - US dollars
Amazon.ca - Canadian dollars
Amazon.co.uk - British pounds
Amazon.de - Euros
Amazon.fr - Euros

by Richard Gross
All the major domains of Psychology are covered in detail across 50 manageable chapters that will help you get to grips with anything from the nervous system to memory, from attachment to personality, and everything in-between.
More information and prices from:
Amazon.com - US dollars
Amazon.ca - Canadian dollars
Amazon.co.uk - British pounds
Amazon.de - Euros
Amazon.fr - Euros

PsyArticles.com makes minimal use of cookies, including some placed to facilitate features such as Google Search. By continuing to use the site you are agreeing to the use of cookies.
Learn more here